Kohler Converge Shower Head Review: How Does It Compare?

If you’ve ever gone to an upscale spa or spoken to a professional bathroom designer, you already know that getting the right bathtub or shower is only half the battle. Sure, a good tub adds a special layer of comfort that you can’t ignore—but it’s not the be-all, end-all. A good showerhead matters just as much! Kohler’s name in bathroom design and bathroom technology is one that needs no introduction.

The quality you can expect from them always makes them a safe bet. But, what about the details of their shower head series? Lately, people have been starting to talk about their Converge Shower Head. Is it really all it’s cracked up to be? This 2-in-1 shower head and hand shower offers up a lot of promise, and we’re loving it. Here’s why you will, too.

Why Choose This Shower Head Over Others? 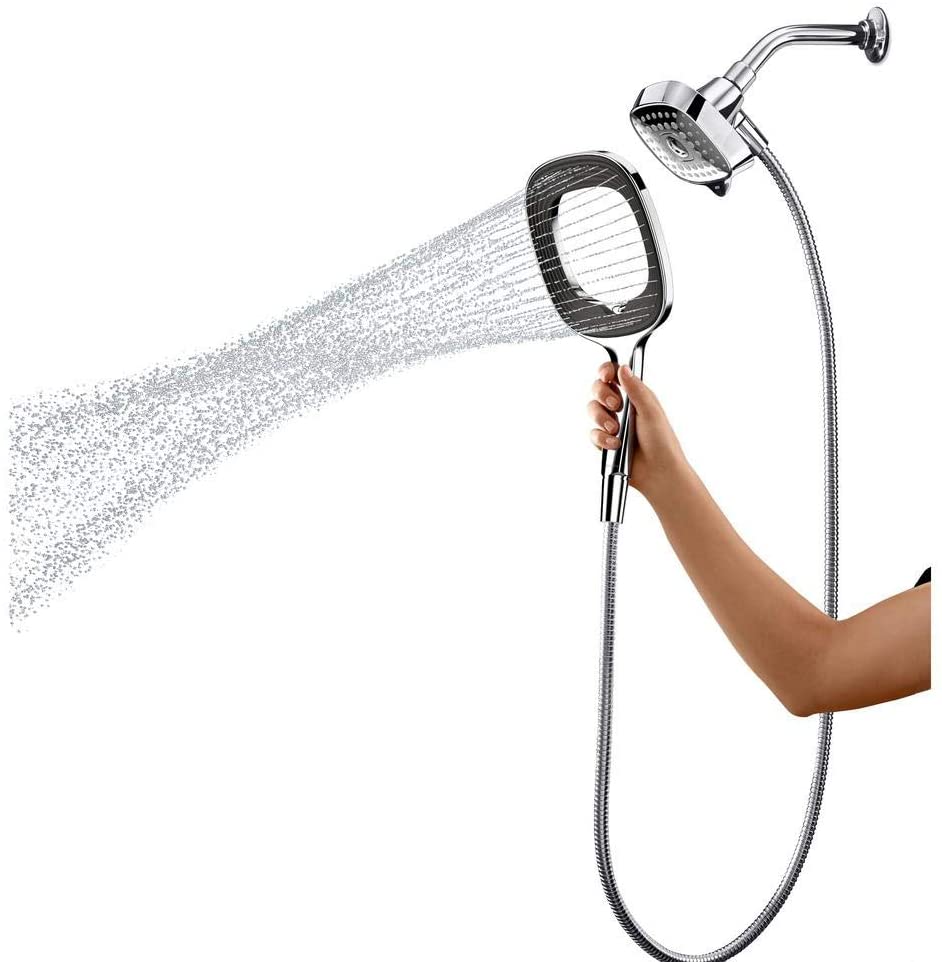 The Kohler Converge isn’t just a shower head. It’s a dual-action shower head and hand shower combination set that goes from handheld to standard in an instant. With its five different spray styles and three different cleansing settings, the Converge offers up an experience that most of us would only get in a spa.

Bathers who want to get that extra-luxe feeling will adore the gentle massage setting, while people who need a more thorough clean will want their complete cleanse setting, while gentle rinse finishes off the job. When you combine the settings with the easy-to-use magnet-lock design, it’s a shower head you won’t want to be without. The best part about the Kohler Converge is that it’s designed to be easy to install. Thanks to Kohler’s engineering team, you won’t have to worry about needing to buy tools for the gig, either.

The Kohler Converge is remarkably feature-filled for a shower head. If you’re looking to get one, expect to enjoy these awesome features:

The Kohler Converge is a shower head that is doing its best at offering a lot of bang for your buck. It has an elegant look, feel, and an excellent way of getting that luxurious, multi-option spa experience that people love to indulge in. If you’re a fan of light, yet decadent showers, then you’re going to want to check out the Converge.

If you’re the type of person who enjoys versatility in their shower time, you’re going to love the five shower settings, and the one-click switch that gives you complete control over your experience. Between the multiple settings, the artfully engineered shower technology, and the elegant design, it’s hard to ignore the Converge’s value.

The team at WalkInTubReport.com are HVAC & construction professionals, helping seniors and their loved ones pick out the perfect walk-in tub for their mobility needs. We pride ourselves on our honest review process.